What Are Cannabis Concentrates?

Lots of people visit pot stores and are intrigued by concentrates. “What are cannabis concentrates?” is one of the questions we get asked most.

You find cannabis concentrates in many forms – it’s a broad term. Concentrates are products made from the cannabis plant that are processed to remove excess plant matter, leaving only the compounds you want. As the name might suggest, concentrates are often more potent than the flowers they’re sourced from, because gram for gram they have a greater concentration of cannabinoids and terpenes. For comparison, they often contain 40-80% THC, up to 4 times that of potent marijuana. 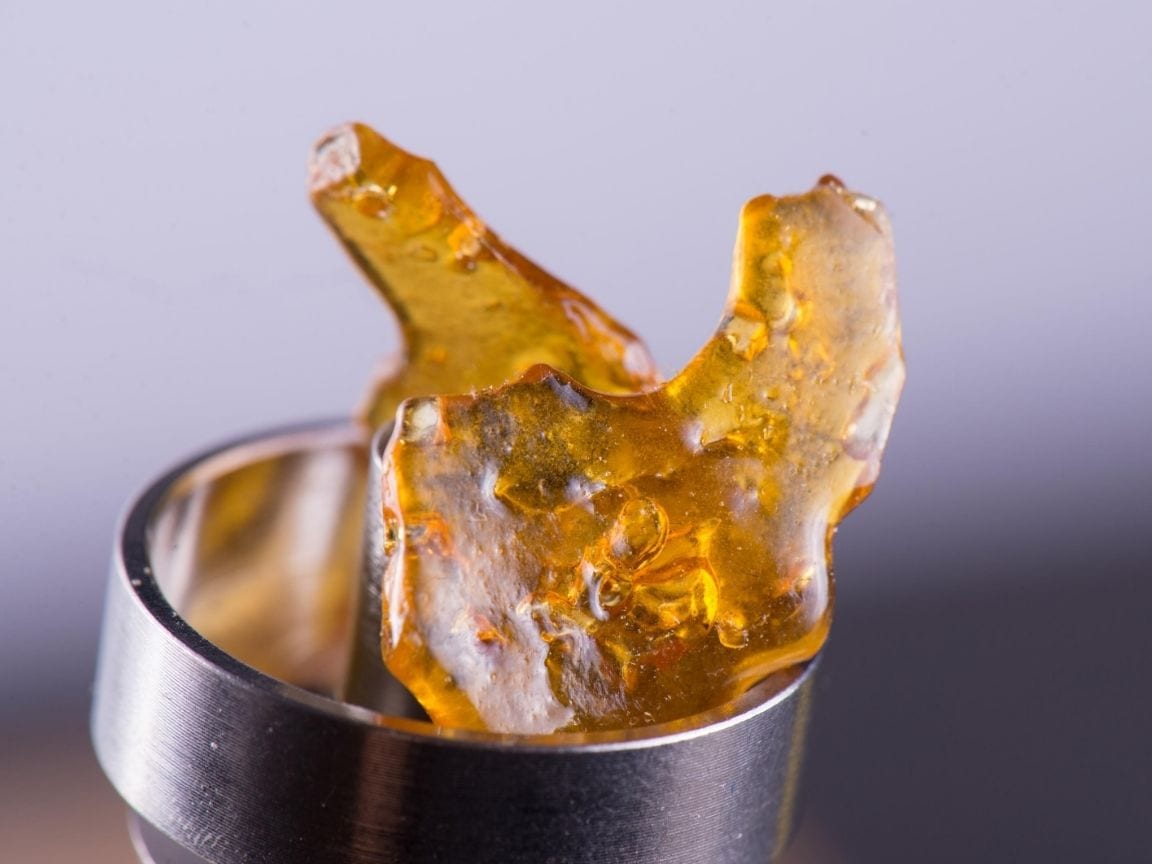 The OG, hash has been around a long time and is the most well-known concentrate. Hash is made by separating trichomes (resin and crystals) from dried cannabis flowers, then compressing them. Hash is usually smoked, so hits you quickly.

These are capsules like pills and are ingested orally. The capsules contain cannabis oil and take around 2 hours to hit you. People use this method to avoid smoking, excess calories and impure ingredients.

Purified, cannabis-infused oil that’s inhaled through a vaporiser. Vaporised oil is cleaner than smoking the plant itself. The effect takes place within a few minutes.

With a tincture, you use a dropper to put measured doses of cannabis oil under your tongue. This usually takes around 30 minutes to kick in.

Oils refined by a solvent that you (usually) smoke using a modified bong called an oil rig or dab rig. These are very high in THC and hit you hard and fast.

Similar to shatter, diamonds are one of the more expensive extracts due to the time-consuming method of creation. Once separated, you end up with crystals that are pure THCa and a liquid that’s full of terpenes. Potent, to say the least.

How do you make cannabis concentrates?

Concentrates are made from cannabis two ways: with and without solvents. The former can be further divided into two groups: butane and carbon dioxide. Regardless of what solvent was used, all concentrates go through a process called purging to remove the chemicals before you can consume them. That said, one method isn’t necessarily better than the other – if you buy from a legal dispensary in Canada, they’re safe to use.

Concentrates extracted without solvents use heat, pressure, and filtration to separate the cannabinoids and terpenes from the plant. This takes more time, but some people prefer it as a more natural option.

People choose cannabis concentrates for many reasons. They’re considered purer than smoking flowers as there is no waste material. They hit you faster, so are preferred by medicinal patients who need fast-acting relief. Recreational users often use concentrates because you need less of them for the same effect, so can counteract a high tolerance to THC. Or, if you want to cut down on how much marijuana you consume for health reasons, concentrates mean you can only need a single hit to get the effect of smoking several times. If that sounds like you, we’ve got you covered.

If you’re looking to learn more about different medicinals, you can find more here, like our deep dive into the science behind cannabis edibles